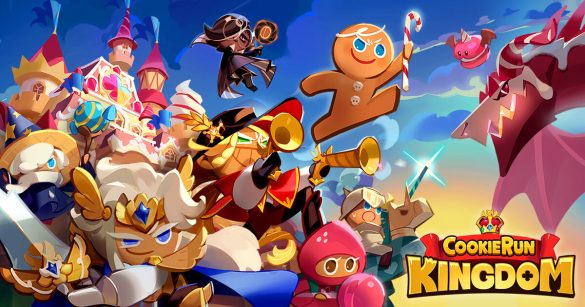 Hello, fellow gamers and welcome back to another blog! Firstly, we want to thank all the returning gamer friends and a warm welcome to the new gamer friends. So, we are back with another gaming blog on the topic of Cookie Run kingdom Tier List!

So, before I start, the tier list includes levels and they are in the series D, C, B, A, S, SS. D being the lowest and SS the most powerful.

So, the first cookie is the sea fairy on the position of SS because of the best damage in the game. It’s a legendary cookie.

The next cookie is the pure vanilla cookie and it is also placed on SS position because it’s known to be the best healer and supporter in the game. It literally, provides heals to mitigate damage and really is a burst of a healer.

The next cookie that we have is the Hailey berry. It is also on the SS position because it is the best tank in the game. The next cookie is Licorice because all of the game players know that this cookie has the maximum provide, especially for the early gameplay.

Another cookie that is on SS position and is known as the Dark choco because of its amazing defense break. Still to the day, he is number one as there is no one who can replace him to date. The next cookie is the Caught cookie. It is quite similar to the licorice cookie and also has the SS position.

Another SS position cookie is the Pumpkin Pie and is in the SS position because of Pompon being absolutely broken and a very good frontline tank. Next up, we have got the brand new Eclair cookie and is also placed on the SS tier. It has to be on the SS tier all the time because it literally broke the game.

Now, we have the S position cookie which is the Vampire and he is known as the best single damage dealer. There is nobody better when it comes to the single dealer. He also has the ability which is called vampirism which lets him heal very quickly.

So, the next S position cookies are the Sour bae and the Black raisin, both of these are very very good and very close to the output of the damage that they do.

Next cookie in the S position is the Strawberry crape, probably the third-best tank in the game. The next cookie is Frost queen sitting on the S position. It is because the boss stages do not get damaged due to which it’s not on the SS position.

Hope you found this article on Cookie Run Kingdom Tier List helpful. However, fellow gamers we are not done yet. As the list starts from SS and goes all the way down till D. So, in the above blog we have mentioned the cookies under SS and S positions.

If you want us to reveal all the rankings, make sure to comment down below REVEAL. And we will definitely get back to you, as we love listening from you. The more you interact with us; the more we get motivated to come up with great articles like these.

Until next time, keep gaming! 🙂