If you were looking forward to exploring more features in Sims 4. Here we have the Sims 4 Sex Mods for you to try on! 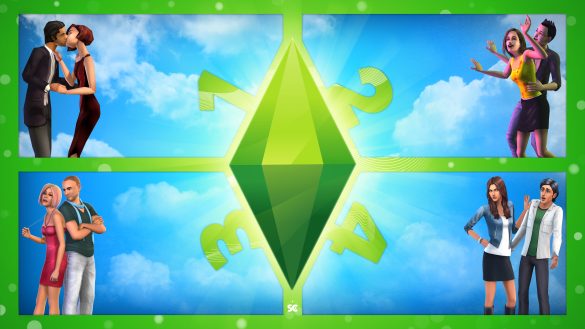 Hey there, fellow gamer! We are here today with an article on Sims 4 Sex Mods. Sims 4 is a 2014 social simulation game, fourth in line in The Sims series.

The Sims 4 has enhanced and expanded upon aspects introduced in prior iterations, but sex remains as PG as it has ever been. You only have to select “Woohoo,” and your job is complete. However, as adults, we understand that there is more to it than that.

However, with the help of mods, you can take immersion to the next level with these Sims 4 love and sex tweaks. These are necessary if you want anything more than a shaking bed and a few explosions, and they are available in a variety of, shall we say, strengths.

It can be a little awkward at the end of Woohoo in The Sims 4. After all, the sims are pretty rudimentary, and hence they’re frequently found just following an intimate moment in the kitchen microwave pastries — hardly romantic.

To add a little extra magic to woohoo, there’s a mod called Pillow Talk that forces your sims to spend a few seconds hugging before focusing on delectable baked goodies.

Shimrod101, the mod’s designer, has included whispering secrets, tickling, and kissing activities, as well as what they refer to as a snuggle nuzzle’. It sounds wonderful.

If you dislike censorship, Moxiemason’s No Mosaic / Censor mod may be of interest. Since the dawn of time, The Sims franchise has pixelated every private act, from toilet use to showering.

Rather than that, this mod treats you like an adult by removing all pixelation. Are you taking a shower? There is no haze there. Are you going to the restroom? You are welcome to observe. What it will not do is introduce naked Sims.

If, on the other hand, you wish for your Barbie-bodied Sim to streak or use the bathroom through their clothes, enjoy the show.

TurboDriver’s Wicked Whims is the type of mod that you should avoid using in the presence of your grandmother. And it is colossal. Wicked Whims epitomizes sex modifications.

The original mod contains a few dozen positions, but the real kicker is the sheer volume of animations supplied by other modders. According to TurboDriver, there are approximately 6,000 unique animations from various producers.

However, obscene poses are not the only additions.

Given how vital Tinder is to real-world romance, it’s only inevitable that a dating app would find its way into The Sims 4’s virtual world. The “Simba” dating app mod for The Sims 4 brings an entirely new dating manner.

This mod, created by LittleMsSam, grants your sims access to a phone app that enables them to arrange a specific date, a blind date, and even set up no-strings-attached one-night stands and hookup calls from NPCs.

Continuing the pregnancy theme, PolarBearSims’ Risky Woohoo mod is available. By default, The Sims 4 allows for two types of woohoo-ing: Woohoo and Try for Baby.

The former is sexual activity without the possibility of childbirth, whereas the latter includes the case of delivery. Risky Woohoo substitutes “Risky Woohoo” for “Woohoo,” which lies between Woohoo and Try for Baby. Indeed, passion can get in the way at times.

On the other hand, a dangerous woohoo does more than add a slight possibility; it increases and lowers in proportion to the attributes your Sim possesses.

For instance, a Sim who has the “Lethargic” feature will be too lazy to use protection, increasing the likelihood of pregnancy. On the other hand, a Sim with the “Hates Children” characteristic will be significantly less prone to make errors.

This mod enhances your Sims 4 experience by adding RedAppleNet, allowing your Sim to pursue a career in cybersex. Your Sim will make money by calling, chatting with, video conferencing with other Sims, or simply with your supervisor if you crave a promotion!

This mod is fantastic since it accurately portrays the increasing popularity of cybersex employment in contemporary culture.

So, that was all the information we could provide on Sims 4 sex mods. What are you waiting for? Go try them on! And don’t forget to share with us which customization you found the most appealing.