Here we have all the information from tips & tricks to hacks for the game 2048. Everything you need to know about 2048 down below! 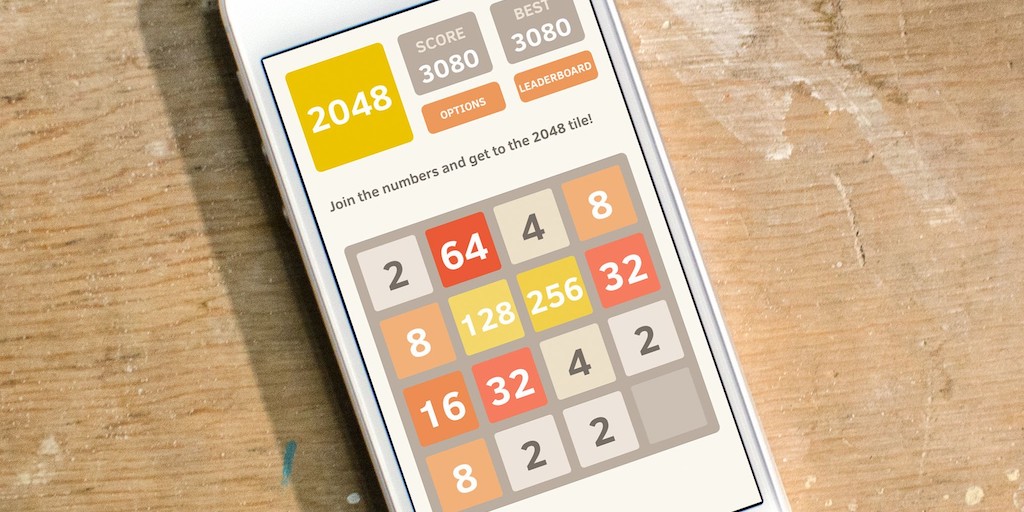 2048 is an easy and fun puzzle game. You will love this game. It is played on a 4×4 grid with the arrow keys or the W, A, S, D keys. The tiles move when you press a key. Because they bump into each other, tiles with the same value merge.

Whether you have an iPhone, an iPad, or any other kind of smartphone, you can play this game. 2048 is a single-player sliding block puzzle game that was made by an Italian web developer named Gabriele Cirulli, who made it. You have to slide tiles with numbers on them to make a tile with the number 2048. However, you can keep playing the game after reaching the goal and making tiles with more significant numbers.

If you played the iOS game Threes a month before, you might have seen 2048. It was meant to be a better version of two other games, both based on the game. 2048 is said to be “similar” to Threes in terms of how it works. The release of 2048 led to a flood of games that were very similar to 2048, like the flood of Flappy Bird games in 2013. The game mainly got good reviews from critics. They called it “viral” and “addictive.”

The game of 2048 doesn’t have a lot of complicated controls. The controls you’ll use are only up, down, and to the side. The rules are also easy to follow. Every time you move one of the tiles, a new tile comes up somewhere else in the box. It will happen if two tiles with the same number on them collide as you move them. They will merge into one tile with the sum of the numbers written on them at first.

1. Push the tiles to one corner of the square. You have a better chance of moving tiles with the same number together if you put them together in one corner. Top left, top right, bottom left, and bottom right are the four corners that you can use. Make sure the square at the edge of the corner you choose has the highest number, so it doesn’t get in the way as you combine other tiles.

2. It’s also not a good idea to put high-number tiles in the middle of the box. Because your tile has a higher number on it, it will make it more difficult for you to combine other tiles. This is because your tile will block other tiles with lower numbers from coming up.

4. Keep the tile with the highest number in the boxes next to the corner you are using. This will make it easier to put the tiles together.

5. Don’t rush to put together tiles with high value. This could make it more challenging to put together a lot of different tiles. Keep adding small squares together until you reach your goal.

To get better, you need to practice a lot! The best teachers are those who have been there and done that. There are many different ways to get high scores in the game, and you can practice a lot by playing a lot. This will help you learn new ways to get good scores. Take your time and let your experience lead you to better things in the game.

1. Know how the board moves:

In 2048, you can only move up, down, left, and right. The board moves as far as it can when you swipe. If several cards can work together at the same time, they will. It would help if you thought about this before swiping a tile that might not go where you think it will.

Sometimes it’s hard to resist the temptation to chase large-numbered tiles across the board and try to put them together. This almost always puts you in a worse situation than if you had done it the other way around. Instead, focus on putting together small tiles and not on a specific set of tiles. If you make a tile, it’ll almost always be next to one of them.

3. Work your way to the corner.

Make sure you stay in the corners of the main game board, so you have more space to add new tiles. Tiles should be grouped at the corners, which is what works the best. When you can, bring new tiles into the middle area. Then, you can move them to the corners to make them work together.

Sometimes I start in the upper left corner, but I can make bigger combos by moving the whole board to the bottom left or diagonally. You can change your strategy much more quickly if you work in the corners instead of the middle.

This is all from our side for now. If you play or have played or are planning to play 2048, share your experiences, tricks, etc. with us in the comments down below!