Pokemon Legends Arceus has finally made its way and we can't complain! Here is how you can feed a Pokemon in the game. 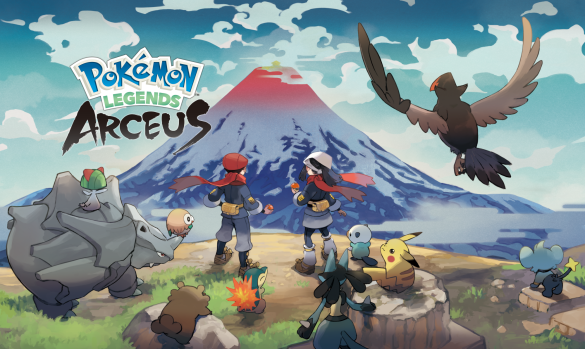 Hello, fellow gamers! Welcome to yet another blog. Today’s blog is all about the most loved cartoon game ever created, Pokemon Legends Arceus.

So, all the Pokemon lovers out there make sure to read the entire blog because there will be a lot of interesting information as you scroll down! Let’s begin!

For better and for worse, Pokemon Legends Arceus is, at last, the reinvented pokemon game that the fans have demanded for years. Most of this transformation pays off, as we get to interact with creatures that never felt more alive in more dynamic ways.

But Pokemon’s evolution is not yet complete because the open world is like an unimpressive afterthought.

The way Arceus completely reimagines how you go about capturing and battling pokemon is exemplary. Here, you have a buffet of options of how to approach each encounter.

You can just simply toss a Pokeball to capture the pokemon or you can send your pokemon for a battle. Some pokemon will flee the moment they see you, requiring you to hide in tall grass to get a good shot at them.

Others might attack you directly and you will have to dodge the attacks. There is also a terror of running into a red-eyed alpha pokemon in the wild.

Battling, too, has received an overhaul which adds a new strategic layer most noticeably with the addition of strong and agile attacks. It lets you either give up future terms or sacrifice power to bring your turn back sooner respectively.

In the world of Arceus, the dramatic difference in how you battle and catch pokemon exist. Because you have been flung in time-space to a precursor of diamond and pears region. So, you are actively inventing both as you go.

So that was a brief introduction about what the whole game is like and is yet one of the more interactive and engaging Pokemon RPGs ever created!

Now, let’s move on to the topic of today’s blog which is, how to feed Pokemon in the game. Well, let me tell you fellow gamers, feeding the pokemon is quite easy. You can thank us in the comments section below!

How to feed Pokemon in Pokemon Legends Arceus!

When in the Pokedesk, sometimes it will ask you to feed a pokemon. So, what you need to do is, you need to switch over food. It will be visible on the bottom right of the screen where you can also see your poke balls.

So, just keep swiping until you find food. Once you have it, directly throw at the pokemon, just like you would throw a Pokeball at them to catch them just the same way. That is all you need to do to feed a pokemon.

So, guys that was all for today’s blog. If you have enjoyed, please make sure to write your thoughts in the comment section below. It keeps us motivated to keep writing for you guys.