Pokemon Day 2022 Celebration this year had some huge announcements for all the Pokeverse lovers. Check them out! 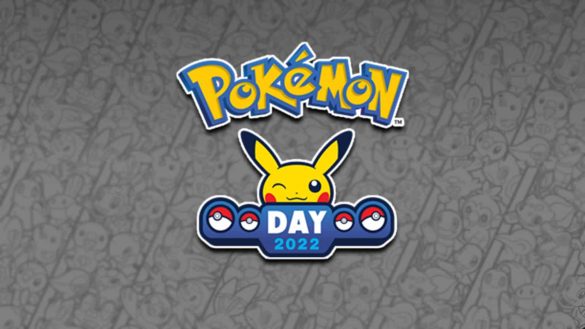 Hey there, fellow gamer! Welcome to another interesting article. Today, we are here with all the announcements that were made during this year’s Pokemon Day Celebrations!

Every year Pokemon Day is celebrated on 27th February. This year marks the 26th anniversary of this very famous day among all pokemon lovers.

For those of you who are unaware, this year, the Pokemon Day celebrations began a week earlier with every day bringing in new announcements about the Pokemon universe.

The celebrations started on 21st February and lasted till the big day on the 27th. If you missed the event, worry not! We are here with all the information about the event.

The Pokemon Company celebrated by uploading a Pokemon Presents video, which announced that the open-world Pokemon Scarlet and Violet will be coming to the Nintendo Switch in 2022, among other things.

When Pokemon Scarlet and Violet appear on Nintendo Switch in 2022, Generation 9 will officially begin. The Pokemon franchise will take a huge stride forward with this open-world game.

We were also shown the starter Pokemon, which are fantastic & interesting. Trainers can choose between the Grass Cat Sprigatito, the Fire Croc Fuecoco, or the Water Duckling Quaxly when they begin their journey.

The new updated version (Ver.1.1.0) for Pokemon Legends: Arceus will be arriving later today. Trainers will be able to “investigate mysterious mass outbreaks of Pokemon that are popping up all over the Hisui region” and  “battle powerful opponents – like Legendary Pokemon and Wardens – adding yet more options to the Pokemon battle experience.”

In addition to this, players will receive rewards such as 30 Ultra Balls, Gigaton Balls, and Jet Balls by entering the password ARCEUSADVENTURE in the Mystery Gifts menu before March 31, 2022.

And also, an online animated series has been announced set in Hisui region of Legends Arceus, which will be an original storyline.

On March 1, Pokemon from the Alola region of Pokemon Sun and Moon will emerge in Pokemon GO. Until then, Alolan Form Exeggutor can be caught.

Pokemon Brilliant Diamond and Shining Pearl players can talk to Professor Oak on Route 224 and catch the Mythical Pokemon Shaymin with an item called Oak’s Letter.

Pokemon Cafe Remix players will be able to get a festive outfit for Bulbasaur as a log-in bonus, as well as a “four-day period of increased possibility of Shiny Piplup appearing” and the option to test out the game’s new Delivery feature 11 times for free in honor of Pokemon Day 2022.

For the next 10 days, players can earn 3,000 gems and scout 10 sync pairs for free in honor of Pokemon Day and the 2.5-year anniversary of the debut of Pokemon Masters EX. Special clothes will be available for trainers May, Skyla, and Raihan.

In honor of Pokemon Day 2022, the legendary Pokemon Hoopa has joined Pokemon UNITE, and all gamers can test it out for free. In-game rewards include a Pokemon Day hat and t-shirt for those who log in between now and March 14.

Finally, full-fledged battles were demonstrated, and Duraludon was announced as the next Pokemon to be added to the roster.