Wondering about the classes in Lost Ark? Here is a complete guide on Lost Ark Classes and their subclasses to help you! 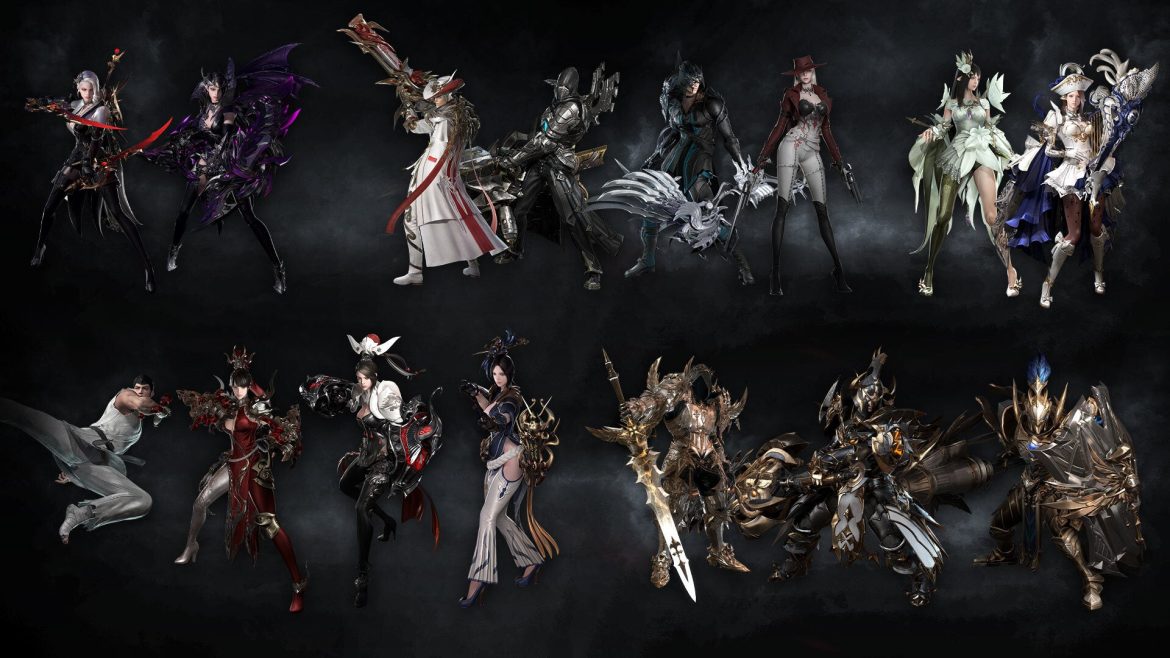 Hello, fellow gamers and welcome back to our another blog on the very famous Lost Ark. In Today’s blog, we are discussing Lost Ark Classes and their subclasses. So let’s jump right into it!

Lost Ark has become a common name in the gaming community really fast. Recently launched in America and Europe, Lost Ark became the 2nd Highest streamed game on STEAM in no time. And rightfully so, as the game offers the right amount of visual creativity and multiple interesting gaming levels that are more than enough to keep you hooked.

Above all that, the levels keep getting harder to get through as the game progresses, which adds on the perfect amount of adrenaline rush that is expected off any MMORP game.

There are a total of 15 classes in Lost Ark. Out of which, there are 5 major classes accompanied by the subclasses that will define your movement and your weaponry. The number of subclasses differs for each major class. The five classes are as follows,

The Berserker is yielding a sword larger than his body swinging it like a mad man. With this class, you have slow and medium attacks and are really all about the damage. They don’t have much movement or support but if you take the Berserker and put it in front of an enemy they will do great damage.

The Paladin has a deeper bag of tricks being part support. For anyone who doesn’t know, lost ark doesn’t really have many healers but Paladin is one of the few classes that are capable of filling a healer-type role.

You yield a relatively large one-handed sword and you have the light on your side as well, which you can cast by using a book in your left hand. Abilities to use the sword are blue and for the book are yellow.

The Gunlancer really needs you to be committed to one mindset as the lost ark doesn’t really have tanks in the normal sense but Gunlancer disagrees with that statement entirely because Gunlancer is the wall, Gunlancer has a big old stabby canon in one hand and a giant shield in the other.

Your abilities are general including the massive amount of crowd control and the ability to pull enemies towards you is a massive part of that. If you want to be a big unstoppable bolder with a canon in one hand then this is the class for you.

The Martial Artist class includes the Striker, the Wardancer, the Scrapper, and the Soulfist.

Wardancer and Striker are essentially the same class except for a few minor details but one is male and one is female. The class fantasy here is a quick light attack, a quick fist weapon yielding to punch as much as possible and fast as much possible in the smallest amount of time. And then, you use the energy you build in doing so to unleash elemental attacks on your enemies’ faces.

Scrapper is also a fist weapon but a little larger fist weapon for many medium attacks leading to a bit of a slower more deliberate and very impactful punching type of playstyle. They have two attack types green and yellow.

The Soulfist, this one is essentially the dragon ball class and it has a very unique place of being both a ranged and male. A class that makes it being punchy and has lots of magic. As you punch your enemies you build up hype allowing you to go beyond in power level.

The Gunner class includes the Gunslinger, the Artillerist, the Deadeye, and the Sharpshooter. The gunners are all about keeping a distance between themselves and their opponents and taking advantage of some advanced technology.

Two of the classes available here are nearly identical being the Gunslinger and the Deadeye, female and male respectively. These two are particularly complex and have high damage and high mobility classes.

Coming equipped with a sniper, a shotgun, and dual pistols which you can switch between. This class has one of the highest skill caps in the game.

The Artillerist has heavy artillery, it is a giant cannon. Your weapon is a rocket launcher, a flame thrower, and a fair bit of ground control ability comes out of it as well. But this class is definitely one of the slowest gunners to move around.

As you kill enemies you will fill the energy meter which will allow you to enter barrage mode which allows you to do massive damage.

The Sharpshooter does not use a gun and uses a bow instead. Sharpshooter has great movements with extremely high mobility. You have great AOV, high range and the energy gauge allows you to control your hawk companion who does quite a lot of damage himself.

The Mage class includes the Bard and the Sorceress.

The Bard class is a magical musician who takes advantage of their harp to play a lovely beautiful sound that heals and buff themselves and their team or nasty evil sounds to hurt their opponents.

Music is the name of the game, VFX is great and if you generally like the concept of a healer the Bard is the absolute closest that you will get to. This class can do some proper genuine support if you wanted to.

The Sorceress fills your classic wizard role with massive sprawling spells with beautiful visual effects. This one can do every elemental school of magic which really makes things up. It does amazing AOV attacks both in terms of damage and radius.

The Assassin class includes the Shadowhunter and the Deathblade.

The Shadowhunter is really cool almost warlock like the concept that zips around the battlefield mixing their own energy with that of the demons that we are here to fight in order to destroy the demons themselves.

Many abilities of the Shadowhunter actually put a part of you into a demon and as you fight, you will build up the shadow burst meter which will activate and turn you into an entirely extremely powerful demon.

The Deathblade is the assassin with three swords. The ability definitely makes good use of them. This one has a ton of movement too with superfast attacks. On top of the three swords which you have in your hand, you can summon more swords too.

So, that was all the information about Lost Ark Classes and their subclasses. Let us know which class will you pick in the comments below as your feedback keeps us motivated to keep posting interesting gaming blogs. Also, feel free to share your Lost Ark gaming experience with us.

Until next time, Happy Gaming! 🙂