Lost Ark- How to Unlock Mining? 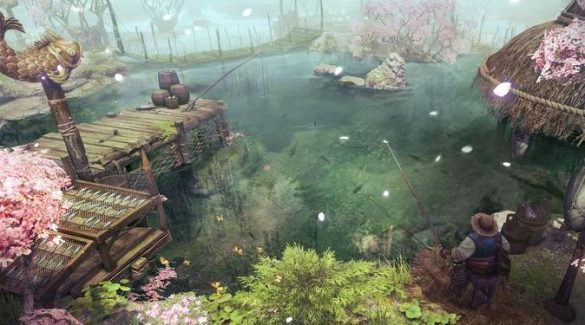 Lost Ark is the most played MMO on STEAM ever, and the second most played game overall by the same metric. The game is so popular that there have been long queues of thousands of players waiting to seek access.

The game’s apparent dominance of headlines and lifespan may appear to have appeared out of nowhere. However, this rise in interest has been developing for some time, and it’s worth investigating why.

I’ll discuss Lost Ark’s lengthy route to success, the factors that contributed to it, why so many players are clamoring to play it, and why a sizable portion of those players are currently unable to do so.

Lost Ark is an MMORPG in which players must achieve objectives and quests. Several of them necessitates the usage of your Trade Skills. Mining is one such trade skill. Mining in Lost Ark enables players to collect rare Ores and Minerals for crafting, trading, or usage in Quests.

It is critical to have as many recipes as possible for Stronghold improvements and Equipment Gear. Here is how to unlock Mining in Lost Ark in this guide.

About Mining in Lost Ark

Mining is a Trade Skill (Life Skill) that, like the others in Lost Ark, is unlocked in the same manner as the others. To obtain it, you must finish Lost Ark’s Crown of Lakebar quest. Proceed to West Luterra to begin the quest.

You will not be able to miss the quest since it will be included in your main questline. After completing the quest, you will receive six Trade Skills, one of which will be Mining.

After unlocking the Mining Trade Skill, you can now go mining for Ores and Minerals. Press L to access your Trade Skills and B to equip the Mining Skill. Now, in Lost Ark, you can ascend to a Mineral node and mine away. This is the only way to obtain Minerals in the game.

Levels of All Mining Skills in Lost Ark

Your mining level increases as you continue through the game. There are four degrees of mining ability in Lost Ark.

It is only effective if you have a small amount of life energy in your inventory, so save your health before mining. Following that, you’ll need to construct and sell the stuff you’ve mined. After creating a number of goods, you’ll be able to use them.

Getting the mining tool

While mining is not required for crafting, the quantity of energy available for it is restricted by Work Energy, the unique resource used for all Trade Skill tasks.

Work-Energy has a maximum capacity of 10,000 and regenerates at a rate of 30 Energy every ten minutes.
Additionally, you’ll require a Mining Tool.

The Mining Tool can be obtained in a variety of ways. Purchasing from vendors, creating, or earning one as a reward from a quest are all excellent methods to obtain one.

After acquiring the Mining Trade Skill in Lost Ark, you’ll need to advance through the game’s main story. This is unlocked by completing a specified amount of gold in each of the quests.

Upon completion, you’ll receive a purple guide quest instructing you on how to earn gold. Then you must harvest rare gems and use them to construct various items.

Hope you found this helpful. Share your gaming experience with us in the comments down below.